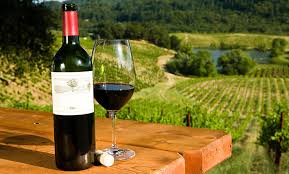 Sahuaro Shores offers a unique mix of the southwestern outdoors lifestyle and a truly low cost of living at a fraction of the cost of similar properties located on the west coast of the United States and Canada. With a mild climate, authentic Mexican cultural atmosphere and a comfortable un-frenzied lifestyle, as more and more people reach retirement age or seek second homes, the exodus to the Sea of Cortez region will continue to grow as buyers discover the convenience, affordability and quality of living here in Baja California.

Although the cost-of-living is quite important, quality of life is of paramount importance to those seeking a second home or retirement home in the Baja. In 2011, the International Community Foundation released a series of research reports, entitled, “U.S. Retirement Trends in México’s Coastal Communities.” Using data collected through surveys, focus groups, and interviews, the foundation surveyed retirees over 50 years of age that live full-time or part-time in México’s coastal areas and discovered the following:

Come on down and see for yourselves why our combination of excellent quality-of-life and a low cost-of-living enables our residents to really live well at Sahuaro Shores.